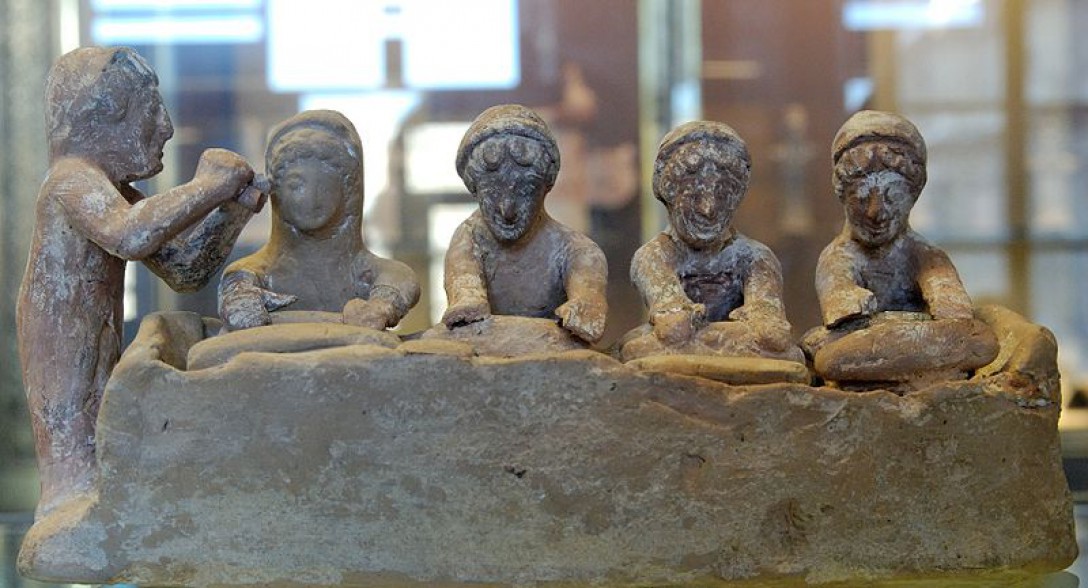 Anevato (West Macedonia): a mild whey- cheese with grainy texture, which is made with unpasteurized sheeps’ and goats’ milk. It is consumed at table, in pies. (DOC)

Anthotiros: a smooth cheese with mild taste, which is produced from sheep’s or goat’s unpasteurized milk and whey. It is used as a table cheese, in sweet or savoury pies, as a dessert sprinkled with honey or it accompanies white grapes, fresh figs and juicy apples. (DOC)

Armexia (island of Andros): a fat cheese which is made with sheep’s or goat’s morning milk or a mixture of those milks. Nice mild flavour. (DOC)

Armogalo (Samos): this creamy cheese is produced from goat’s milk.

Elaiki (Kasos, Karpathos etc.): a salted goat’s or sheep’s mizithra which ripens for 4-5 months covered with butter or olive oil.

Galotyri (Epirus, Thessaly, Central Greece ): it is made with unpasteurized sheep’s or goat’s milk, or mixtures of them. Traditionally it is matured in goatskin bags with the addition of milk. It has a sourish and refreshing taste and it is eaten as a spread and in pastries. (DOC)

Kathoura (Ikaria): a goat’s milk cheese with salty and spicy taste. It is consumed like spread.

Katiki (Domokos): a low- fat soft cheese, like thick yogourt, which is made with goat’s or with a mixture of goat’s and sheep’s pasteurized milk It is used as spread, in salads, cooked with meat. (DOC)

Kopanisti (Cyclades): the most known kopanisti is the salmon- colored one from Mykonos. It is produced from sheep’s or goat’s, or cow’s unpasteurized milk or a mixture of them. It has a very piquant taste, which approaches that of Roquefort, because it is left to ferment over 40-50 days, sometimes in skinbags. It is eaten at table, in cheese-pastries, as a tidbit with tsipouro or ouzo. (DOC)

Manoura (Sifnos island): it is made with sheep’s or goat’s milk. This kind of salty anthotyros gives one of the unforgetable hard greek cheeses, which is the gilomeni manoura.

Manouri (Thessaly, West and Central Macedonia): a creamy cheese which is made with sheep’s or/and goat’s full-fat milk and whey. This cheese has an unique taste and it is eaten at table, as dessert sprinkled with honey, it accompanies fruits and nuts. (DOC)

Mastelo (island of Chios): it is made with cow’s milk. It has slightly salty taste because it stays for few days in brine. It is delicious when it is roasted or fried as saganaki.

Mizithra (Crete: Chania): soft, strained cheese. It is made with unpasterized whey of sheep’s and/or goat’s milk. It is consumed at table- sprinkled with oregano and olive oil-, as a spread on bread or on paximadia, in salads, over pasta, in sweet or in savoury pies, in cooking and in baking· it is served with melon, figs and grapes.

Pichtogalo (Crete: Chania): it is made with goat’s milk or sheep’s milk or from a mixture of them. The cheese curd is left to sour for 24 hours and is then left to drain.

Pretza (Zakinthos): a creamy, very sharp cheese which is made with the mixing of the remains of the feta in the brine-barrels with mizithra, oil and thyme. It is consumed as spread. Locals eat it for breakfast.

Psomotyri or apsimotyri (Roumeli): product of the three days fremantation of strained and salted sheep’s yogourt. This cheese with the spicy but refreshing taste is eaten at table and in pastries.

Sitaka (island of Kasos): a soft creamy cheese, which is made with sheep’s or a mixture of sheep’s and goat’s sour and salted milk. It is used as spread, at table, with pasta.

Scotyri (island of Ios): it is made with goat’s milk. Traditionally it matures in goatskin bags. It is eaten with bread, as a tidbit.

Thilikotyri (island of Naxos): it is made with the evening milk, which is less fat. It is a kind of anthotyros.

Touloumotyri (several places): a moist cheese. Its taste ranges from the mild to piquant, depending on the place of production. It is made with sheep’s or goat’s milk  and traditionally it matures in goatskin bags. It is consumed at table, in pies.

Tsalafouti (Thessaly, Epirus): a fat creamy sheep’s milk cheese. It is similar to katiki and it is a delicious spread.

Ximiti (Thrace): a kind of mizithra which is made with boiled and strained sour milk. It is consumed at table.

Xinogalo (Epirus): it looks like thick yogourt. It is produced from the sour milk, which is thickened with beating, without rennet. It is used like spread, at table, in pies.

Xinomizithra (Chania-Crete): the matured mizithra. It has sour taste and it is delicious in salads, in pies, as a tidbit. (DOC)

Xinomizithra (Cyclades): creamy whey-cheese with acidic taste, which is made with goat’s, or sheep’s milk. It is used at table, in cooking, in pies.